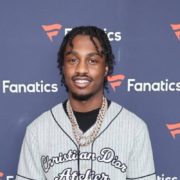 Lil Tjay was shot in New Jersey back in June. Following emergency surgery, the Bronx rapper reportedly spent some time in a coma. As the rapper has steadily recovered, Tjay has received an outpouring of love from all corners of the hip hop community.

It appears that Lil Tjay can now officially leave the hospital. Tjay looks to be driving a car while grinning at the camera in pictures posted to social media.

Tjay was shot a little more than a month ago. It was unknown how far he was from being totally recovered, despite the fact that he appeared to be on the path to recovery. It would be a major step in the right direction if he had been able to leave the hospital.

On June 22, Lil Tjay was shot at a Chipotle in New Jersey at a nearby Exxon gas station. The shooter, 27-year-old Mohamed Konate, was swiftly captured as Tjay needed surgery. For attempted murder, armed robbery, and firearms charges, Konate was detained and charged. Jeffrey Valdez and Antoine Boyd, who were with Tjay at the time of the incident, were also hit by gunfire from Konate. Boyd was hurt as well as Tjay, who took many hits.

Some in the hip-hop scene thought about how dangerous the industry had become after the shooting. In response to the attempted murder, Jim Jones stated: “Being a rapper in today’s society is definitely the most dangerous job in the world.” He added: “We have more rappers getting killed than we have weeks in the year.” 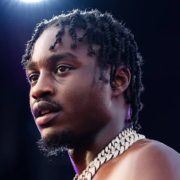 Lil Tjay needed emergency surgery just last week at a hospital in New Jersey after being shot many times in the neck and chest. Mohamed Konate is said to have attempted to rob Tjay, which allegedly resulted in a shooting. Konate was ultimately taken into custody for the alleged shooting and is still there today.

Although Tjay’s surgery was successful, he was unconscious and unresponsive for a few days. As a result, there were several rumors concerning his health on social media, even though there was no official update. Everything changed when TMZ reported that Tjay is now awake and can even speak.

Even though Tjay still needs to work hard to heal entirely from his injuries, this is still a highly encouraging development for the New York MC. Police are attempting to speak with Tjay now that he is awake in order to learn more about the shooting. There have been no reports about Tjay’s level of cooperation with the probe so far.

Tjay will have to stay in the hospital till the doctors order him out, for the time being. There is no timetable for his ongoing rehabilitation as of yet.

Lil Tjay Is Awake & Talking After Horrific Shooting. What are your thoughts on this? Let us know in the comments section. 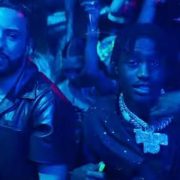 Numerous of Lil Tjay’s colleagues are wishing the New York rapper well as new accounts of his nearly fatal shooting surface. Tjay was reportedly in New Jersey with two pals when they became the target of an attempted robbery, as we previously reported. According to reports, the rapper and a member of his crew were shot during the altercation, and an arrest was eventually made.

Numerous allegations, including attempted murder and armed robbery, have apparently been brought against 27-year-old Mohamed Konate. Tjay supposedly underwent emergency surgery and is making a full recovery, but he apparently still can’t feel anything.

During a conversation with TMZ, French Montana offered advice on Tjay’s situation.

“I know he’s been rushed in from one hospital to another, so I pray for his family,” French stated. “No, I haven’t spoken to him. I heard he’s in critical condition… It’s a bad situation.”

“It’s hard out here for rappers, man. We got the hardest job,” he continued. Rappers are targets, and the TMZ reporter was curious why.. “You don’t know where it comes from, man. We think that everybody love us but everybody don’t love us.”

French Montana made sure to promote Montega, his collaborative album with Harry Fraud, which is set to release at midnight, before he hurried off. 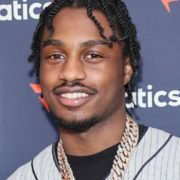 This week, we learned heartbreaking news regarding Lil Tjay. The rapper from New York had to have emergency surgery after being shot numerous times on Wednesday morning in New Jersey. Fans have been hoping he survives, and it appears there’s a chance he will. The road to recovery could, however, be a difficult one.

According to TMZ, Tjay is still unconscious after yesterday’s shooting, which is the most recent development. The surgery was successful, but according to those familiar with the situation, he is only moving his legs. A CAT scan for the rapper is now scheduled.

The arrest of one individual in relation with the shooting has been verified by the New Jersey police. Mohamed Konate was captured, although yesterday he was also treated for gunshot wounds and admitted to the hospital. Authorities claimed that a video shows Konate’s body being abandoned on the hospital’s premises. Three counts of first-degree attempted murder were brought against Konate.

Two of Tjay’s friends have also been taken into custody in connection with the incident in addition to Konate. According to the police, they were detained on suspicion of second-degree unauthorized possession of a handgun. 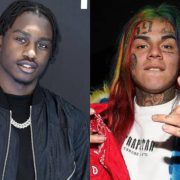 Lil Tjay was one of two males that were shot in New Jersey, according to press reports that surfaced earlier yesterday. Although nothing is known about the cause, authorities have confirmed that the rapper needed emergency surgery. Although it appears that Tjay is improving, TMZ claimed that he is “still not out of the woods yet.” The New York rapper received support from his followers, friends, and peers as well as wishes for a quick recovery.

The Tjay shooting under Akademik’s article drew further commentary from Tekashi 6ix9ine. The revelation was announced by the media figure on his Instagram page before 6ix9ine slipped in the comments with laughing emojis. Following 6ix9ine’s remarks on Instagram and Twitter, users immediately responded. Tekashi was called out by popular Instagram user @ProdByZaqq, who warned that karma would eventually return to him.

“Fuck 6ix9ine bro, u had the whole world in ya palm a few years back, now u publicly makin fun of Lil TJay bein shot??? Like I said ‘Karma always comes back around,'” he added, “6ix9ine da [rat emoji] no [cap emoji].”

When the two sparred over who would win the King of New York title in 2020, that is when Tekashi 6ix9ine and Lil Tjay started having problems. From there, Lil Tjay claimed that 6ix9ine’s team was attempting to pay him to continue their fabricated feud for the Internet.

6ix9ine Trolls Lil Tjay After Getting Shot In New Jersey. What are your thoughts on this? Let us know in the comments section. 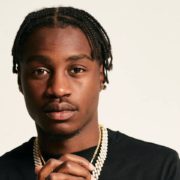 According to reports, police have detained the men they believe are to blame for Lil Tjay’s shooting. Three guys were detained by police, one of whom was allegedly the triggerman, according to TMZ. According to a statement from the Bergen County Prosecutor’s Office on Wednesday night (June 22), Mohamed Konate attempted to rob Lil Tjay and two of his pals with a gun on Wednesday night.

One of Tjay’s friends was shot once, while Konate allegedly shot Tjay several times. While the other two defendants are accused of second-degree unauthorized possession of a weapon, Konate is accused with three charges of first-degree attempted murder.

After being shot at a Chipotle in Edgewater, New Jersey, shortly after midnight, Lil Tjay was taken there for emergency surgery. The 21-year-old rapper is still in the hospital, though he is allegedly recuperating.

Casanova has shared some advice on social media while he is still incarcerated and awaiting his verdict in a significant case.

“Ni**a you know better !!!!” he stated. “Praying for you from my jail cell lil bro.. You gonna be alright tough times don’t last long only tough people do. And you a bad mother f****!! When you get out stop by the crib and pick that bullet proof up!! @liltjay.”