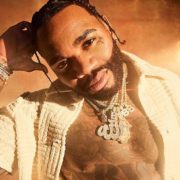 Over the course of a recent interview on The Breakfast Club, Kevin Gates persisted in defending his explicit “Super General” freestyle. Gates raps about having sex fantasies with Beyoncé in the song, going into explicit detail.

Regarding the song, Gates clarified that he does not intend to offend Jay-Z, to whom the former member of Destiny’s Child is married.

“I’m sitting in a trap out around the monsters,” he reflected. “Just looking at TV… saying ‘Man, I swear to God.’ When I said that, everybody feel like that. They just scared of saying it. I ain’t scared to say it.”

“If somebody said that about your lady, your queen?” Turning the focus back to Gates, DJ Envy questioned.

Gates replied: “You’re supposed to. That will feel good. You supposed to fantasize about what I got. Even your dreams every night, [you know] yeah, I’m punching [expletive] her living your dreams. I don’t want nothing that don’t nobody else want.”

Gates even claims in the song’s lyrics that he doesn’t intend to be disrespectful to Jay-Z: “Ain’t no disrespect to Jigga, met through Nipsey, that’s my n***a/ Don’t know if they into swingin’, Beyoncé need to let me hit her/Make her p##s all over this d##k, respectfully, her body shiver.”

Kevin Gates Defends “Super General” Lyrics About Beyoncé That Are Sexually Explicit. What are your thoughts on this? Let us know in the comments section. 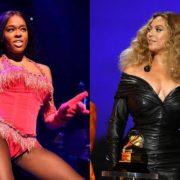 Azealia Banks Tags Beyoncé A Creep Who Observes Everything She Does

Azealia Banks is currently receiving a lot of well-deserved accolades. Her early work undoubtedly fits under the genre of house music because she has always been a supporter of it. Some fans think Banks has significantly influenced house music and that Drake and Beyoncé’s most recent incursions into the genre can be credited to Banks’ influence.

In light of this, it appears that Banks is not a big fan of Beyoncé’s song “Break My Soul.” A few days ago, Banks requested her followers on Instagram to cease creating mashups of her songs that also include “Break My Soul.” She merely uttered the word “They are horrible,” which is a pretty strong sign that Beyoncé’s most recent album isn’t her style.

In a series of Instagram stories, Banks is currently attacking Beyoncé mercilessly. Banks made a reference to a previous piece when it was discovered that Beyoncé listened to Azealia while coming up with the ideas for her most recent song. Beyoncé claimed numerous other artists as influences, including David Asante, Mista Jam, and MNEK. Banks does not like this very much since she believes Beyoncé does not know enough about the genre. The fact that the “Break My Soul” singer failed to include Donna Summer in her list of influences is the epitome of this.

“Why feel the need, after 13 years of my career, say you’re ‘brainstorming’ with six people to my early records… which are miles beyond whatever flaccid and insincere attempt you just made to try for an attention grab during pride month?” Banks stated. “When you don’t give a damn about the gays any other time of the year?”

Banks didn’t stop there; she continued by launching a barrage of voice memos on her Instagram story in which she claimed Beyoncé was constantly attempting to completely discredit her.  “Beyoncé’s been trying to write me out of my own narrative for years,” she then said you’re a joke” to the Queen B, and “you’re trying to erase my contributions to house music, dance music…you’re a fucking creep and you watch everything I do.”you 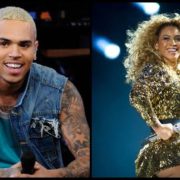 Chris Brown Is Looking Forward To A Beyoncé Collaboration

Chris Brown’s much awaited album is soon to be released, but even before it does, the musician is already discussing other collaborations he intends to complete. This Friday, June 24, Breezy will be available on streaming services, and Brown has had a very active promotional campaign. Fans are hearing Brown in this C.Breezy period demonstrate just how far his abilities extend as he flexes his chops on various tracks that work well with him.

As a result of his collaborations with practically all the major figures in the music business, Brown has gone on to become a legend. When he was at Million Dollaz Worth of Game, he acknowledged that there is one collaboration he has yet to finalize.

He stated: “Probably Beyoncé…only because of what that would look like, us really do a dope song with both of us dancing in it. That would be dope, like a check off my to-do list. She’s probably the only one I haven’t worked with. I’m not turning it down.”

Although it’s unclear if this will happen anytime soon, both singers’ supporters have been expressing opinions on the possibility.

Chris Brown Is Looking Forward To A Beyoncé Collaboration. What are your thoughts on this? Let us know in the comments section. 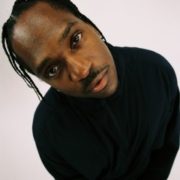 Pusha T’s latest album is out, and it features what appears to be Kanye West and Kid Cudi’s final collaboration. In the middle of the Donda 2 launch, the two had a public spat. Cudi retaliated by labelling Ye a “dinosaur” after Ye confirmed that Cudi would not be on the project.

Cudi said he cleared his verse on Pusha T’s “Rock N Roll,” which also features Ye, before the release of It’s Almost Dry. He made it clear, that he and Ye are no longer in good standing and will not be together in the future. “Hey! So I know some of you heard about the song I got w Pusha,” he stated. “I did this song a year ago when I was still cool w Kanye. I am not cool w that man. He’s not my friend and I only cleared the song for Pusha cuz that’s my guy. This is the last song u will hear me on w Kanye -Scott.”

Pusha T expressed his thanks for his ties with both Cudi and Kanye in an interview with Vulture, but added that it’s a strange situation to watch happen. “It fucking sucks. You know Cudi is my fucking brother to the end. Just navigating these relationships, this brotherhood, the arguing … it gets public,” he said. It’s one thing for us to argue. We all argue — that’s not a problem. It gets out there, whether it’s Ye bickering first, or Cudi coming back with what he says. It’s super–fucked up.”

Push recalled the studio session for “Rock N Roll,” which included a sample of Beyoncé’s “1+1,” saying that “everyone was so happy” when they got there.

“The day we made this record, everybody was so fucking happy. Ye’s chopping the Beyoncé sample. Cudi happens to come in that day. We see each other, and I hadn’t seen him in a while. He’s like, ‘I gotta get on a record. Are you crazy?’ Cudi did, like, three or four different references. Beyoncé cleared the sample,” he continued. “There was so much great energy around the making of that record. And, you know, time passes, and issues come up.  He did what he did for his bro, and I love him for that.” 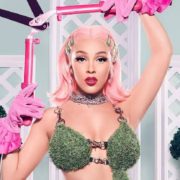 Doja Cat perfected Impersonations of Beyonce, Oprah, Presley, and so on.

Doja Cat is known as a gender-blending artist. Much more, she’s becoming more impeccable. Doja Cat on Tik Tok played one of Tik Tok’s application games recently. The game allows you to create an impression of a celebrity selected at random.

She did several tasks which include doing her best shots on Oprah, Samuel L. Jackson, Kevin Hart, Drew Barrymore, Elves Presley, Al Pacino, and so on. Cat did every one of them uniquely in a goofy manner either by word or a few seconds facial expressions.

For Presley’s impression, she looked up and lowered her chin as she captured Presley, King of Rock & Roll’s smoldering look.

Don’t forget what she did recently during the Super Bowl LVI Taco Bell commercial. She said later about the commercial: “It’s no secret I’m a major Taco Bell fan which has made my role with this campaign all the more fun.”

“I’ve enjoyed every moment of this campaign, especially the ones where we get to break all the rules and look forward to continuing collaborating with the brand,” Cat said.

Most recently, Beyoncé and Jay-Z are reported to have commissioned the most expensive Rolls Royce Boat Tail convertible. Rolls Royce unveiled the £20 million car, which is currently the most expensive in the world. The claims came from industry insiders who stated that the car could have been purchased by the famous couple. According to the Telegraph newspaper, the details and customization matched their needs. The couple is known for purchasing expensive, luxurious things, the Rolls Royce being the latest in the offing. Previously they have purchased various expensive items which adds to the list of their luxurious items.

The convertible grand tourer is among the exclusive trio of some of the most complex highly personalized based limousines. The auspicious car was designed for the back roads in Mediterranean of Cote d’Azur, where Beyoncé and Jay-Z often visit and enjoy their outdoor picnics. Some of the key features of the vehicle are a fridge that is set at 6 degrees. This is the standard temperature required for the couple’s favorite drink. The Armand de Brignac luxury vintage retails at approximately £57,950 for a bottle. Despite Jay-Z being an ardent lover of the luxury vintage drink, he sold 50% of the company’s stake to Moet Hennessey.

Despite the rumors of the couple owning the most expensive vehicle, the couple is yet to come out to substantiate these claims. The car took more than three years to design, personalize and add detail that will match client’s expectations. The attention to detail is some of the key reasons why the vehicle is sold at such a hefty price. The engine, chassis, and underpinnings of the vehicle are the only made from the common Phantom Limo. Every other feature of the car is customized, with handmade panels and some of the most intricate mechanisms.