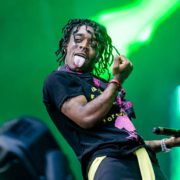 Lil Uzi Vert turned 27 on July 31st, and while the rapper was showered with affection from friends, admirers, and girlfriend JT, a video that went viral of LUV appearing miserable at their celebration has the internet very concerned.

The Philadelphia native is seen in the viral video sitting at a table with loved ones, a cake in front of them, and a cake with enormous shining candles on top. Although most people would be grinning at such a situation, the recording artist appeared uneasy or perhaps upset.

When someone told them to “blow that shit out,” they reacted with a serious “how?” as they questioned how such a feat could even be accomplished using enormous sparklers.

Uzi apparently learned about the video’s popularity since they responded to it earlier today (August 2) on Twitter, stating, “[Every time] I have a [birthday] dinner I reflect on my past and it makes me sad.”

The Red & White artist may have had a difficult day, but that didn’t stop his City Girl companion from going above and beyond to show her other half how much she cared.

“I love you Uzi,” the “Twerkulator” rapper said in a statement on Instagram. “I’m crying making this post because you are literally a dream come true! I feel like with everything I [have] been through in life you are one of my greatest rewards! I wake up every day to either your frown or smile.” 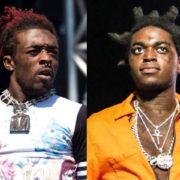 Lil Uzi Vert has stepped up to defend his friend Kodak Black a day after he used Twitter to make his case. Kodak was apparently stopped recently while in Florida because the tinting on his windows were too dark. The rapper was reportedly arrested right away after police allegedly found pills inside the car and expired tags during the traffic stop.

After being freed, Kodak has been able to carry on with his career as a performer; most recently, he shared the stage with Kendrick Lamar at Rolling Loud Miami; yet, he hasn’t completely resolved his issues with the police regarding his arrest.

Police apparently discovered over two dozen Oxycodone pills on Kodak when they arrested him, but the rapper’s legal team reportedly claims that they were prescribed. According to reports, Kodak was shot earlier this year, and the prescription is being utilized to ease his agony.

Kodak labeled the accusations “character assassination” and stated that the police pulled him over because of “racial profiling,” on Twitter, Uzi expressed his support.

“Everybody know Kodak Jus got shot I seen this N*gga with his scripts,” Uzi stated. “Idk why he going thru this sh*t still Mannn Wtf going on down there In Broward ? @KodakBlack1k you blessed tho fam you will threw any situation that’s put in front of you [salute emoji][100 emoji].”

Lil Uzi Vert Expresses His Support For Kodak Black In The Midst Of Legal Drama. What are your thoughts on this? Let us know in the comments section. 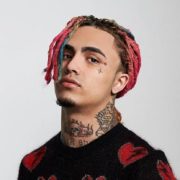 Lil Pump has made the decision to start working out, and judging by his Instagram, he appears to be making an effort to lose weight.

In a video posted on Wednesday (June 22), the 21-year-old was exercising with a personal trainer while his 2017 song “Boss” provided the background music. He was seen doing battle rope slams, bar curls, and various other exercises.

Lil Pump’s road toward health and wellness appeared to start in 2019 when he declared he was quitting drugs permanently.

“Yo guys, I’m making an announcement,” he said on his Instagram Live at the time. “I don’t sip no more lean at all. I don’t do no more drugs, fuck all that.” Someone can be heard shouting in the background, “Good job, Pumpee!”

Not only Pump is using this summer to get in shape. DaBaby revealed his strenuous gym routine earlier in June, and Lil Uzi Vert said in a December interview with Men’s Health that getting into shape changed his life.

“Working out definitely helps me with my performance and I think that people that’s probably, you know, stressed a lot and going through stuff, they should work out,”While warming up on the pads, Lil Uzi stated. “I’m one of those people that be in my head and it makes me go crazy … See how heavy I’m breathing, I’m getting all of my anxiety out and stuff.”

Lil Pump Performs A Workout In An Attempt To Lose Lean Gut. What are your thoughts on this? Let us know in the comments section. 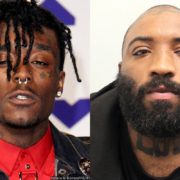 A$AP Bari posted a photo of himself in the studio with Lil Uzi Vert on his Instagram Story earlier this week. barely months after the two allegedly had a nasty argument at Lucien in New York City. However, Uzi had “pulled up on” him, according to a video of the incident.

Bari has his arms around Uzi, and the two appear to be in good spirits, despite the lack of a caption to add context.

The two had to be forcibly removed in the footage from their April exchange, despite putting their arms around one other in the new photo. At the moment, it was unclear what sparked the altercation.

This year, Uzi wasn’t the only hip-hop figure with whom Bari had a disagreement. Bari has been criticizing fellow A$AP member Rocky in recent days, declaring him “burned out.” Rocky’s upcoming album has been dubbed “crap” by Bari in other posts. Bari, like Uzi, will hopefully be able to make peace with Rocky. 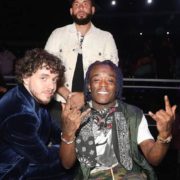 Lil Uzi Vert doesn’t understand why many dislike Jack Harlow. Right now, Jack Harlow is in the driver’s seat. He became an obvious presence in mainstream culture just a few weeks after the release of his latest album, Come Home The Kids Miss You. Despite the fact that the album received some criticism, it’s clear that a few tracks are still getting a lot of airplay. Despite this, many people believe that Jack’s success is largely due to his race.

That does not appear to be the case for Lil Uzi Vert. Young Harleezy was recently featured on TMZ, and the Philadelphia rapper expressed his admiration for him. He called Louisville artist Jack Harlow “very good,” saying he doesn’t deserve the hate he’s getting. That’s when he was asked if Jack’s skin tone affects how he’s perceived by the general public.

Perhaps Uzi isn’t aware of the concept of white privilege, but his feelings about Jack Harlow have shifted over time. Uzi called Jack a clown after he signed to Generation Now during his feud with the company. However, it appears that the two have reconciled their differences. 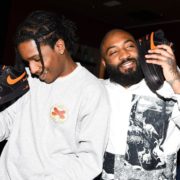 Asap Bari slammed A$AP Rocky on Instagram on Monday, calling him “burnt out.” The remark was made in response to a post that included multiple photographs of Rocky and a clip of a song by Kingpin Skinny Pimp.

In response to the post, Bari said, “You burnt out…”

It’s unclear what sparked the rage, but supporters were quick to defend Rocky, with some bringing up Bari’s sexual assault conviction from earlier this year. Others said that Rocky is “living his best life,” and that Bari is probably envious.

“Rocky is living his best life at this point and this show will last forever for him, Rih and family,” one user said. “Accept it that Rocky is DIVINE and a BLESSED MAN so he can never be cursed. Go and put your miserable life in order and leave him alone to enjoy his life, business and beautiful family. Bye Bari the RAT.”

Bari recently accused another A$AP Mob member of being a “fucking rat” for snitching on Rocky. In April, he also got into a fight with Lil Uzi Vert. Following that, video of the incident surfaced online.

Denzel Curry also offered his thoughts on Rocky’s new photos, albeit in a more friendlier tone.